Well it is official I have signed the contract for my first book, to be co-authored with Laura V. Hilton.  It is with Abingdon, Quilts of Love Series, to be published in November 2014. 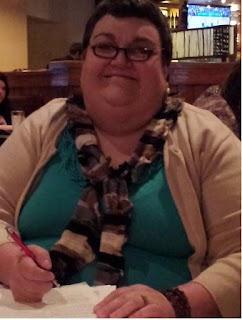 Matty hoped her husband Elijah would like the picture that she had the traveling photographer take of her and the baby.  She had not expected to have her picture made today, but seeing the photographer taking pictures, she couldn't resist.  It was so hard with Elijah being away from home working on the railroad.  She got so lonely, but a year's wages could give them several years headstart on the homestead, so it was worth it. Perhaps the picture would help Elijah also, he could see his girls everyday.

Living out here on the plains was hard.  The wind blew her hair all the time making it messy, and her skin felt like it would never have enough cream on it to be smooth again.  This life was not for the faint of heart, but she and Elijah had nothing back home, and the government would give them their homestead if they could prove it.  And prove it they would, or die trying.  That thought sometimes scared her more than she could ever reveal to Elijah.  Dying with him gone on the railroad.  What would happen to the baby?  Matty could not let her mind go there, that was too frightening to even think about.
Posted by Cindy Loven at 2:25 PM No comments:

I dedicate this blog and all my writing to the memory of my 14 yo son John David Loven who died (January 23, 2009) playing the dangerous choking game, please click on the link to educate yourself
Choking Game Kills
John's Story