January 2009 started out as every year has started for the past 4 years, with a 21 day fast - a family, and churchwide, "Daniel fast". Our family participates (it would be odd not to since my husband is the pastor). The fast went well, and the year was bringing great promise. The church, and our family, was excited about what God was going to do. All the while in the background, the devil was stirring.

January 22nd dawned, and everyone was excited; the fast was over. We had errands in town, so the boys and I loaded up and headed to town to meet Dave for lunch, then to run our errands. We had a great time, laughing and joking. All was well, we arrived home, dinner was prepared, more fun and family time. Then after dinner everyone went their way. The boys headed to their room for playstation and guitars. Dave was studying on the desktop computer and I was on my laptop, watching a bit of tv. Nine pm brought shower time for John. After an hour of hearing water run, my older son realized that something was not right and started banging on the door. When he got no answer, he went and got my husband, who in turn banged on the door. Still no response. Panic set in! The door was kicked in, to find our sweet son hanging from the towel pegs with his robe belt. OH Dear Lord, this cannot be happening!! Our son cannot have hung himself! Please Lord, what is going on? These thoughts and other thoughts of horror raced through my mind. My husband got him down, and brought him into the hall. Our son was dead! He was cold, and I couldnt blow air into his lungs, I tried and tried and could not get air to go in. My husband tried, no air would go into his lungs. I always thought I was a calm person in times of crisis. WRONG!! I was screaming and crying hysterically.

Our phone was dead, and I still do not know why that was, as it had worked fine when we came home. We used our cell phone to call 911. The ambulance was here in 2 minutes. Truly amazing. The EMT's started working on him, quickly loading him into the ambulance and working to get a heartbeat. They allowed me to ride in the front of the ambulance to the hospital. My husband and other son were detained by the police to answer questions.

That ambulance ride was very frightening, I am not a good rider and that dude was flying. I prayed as never before, begging God for my John to live and not die. My mind was in a whirl - why would he do this? He was not depressed. This child was the happiest kid I had ever met. WHY, GOD, WHY?? My heart and mind screamed out these questions. My spirit could not get still enough to hear God. During the ride to the hospital, they got a faint heartbeat. We arrived, and they whisked John away. I was locked out of the ER, literally, as I had gone to a door that required a card key to open the next door, but finally someone saw me and let me in. The ER doctor did not hold out much hope for my son. He told us they were notifying Children's Hospital, who would send a helicopter for John. I live in a small town, but I must say that our ambulance service was amazing, from arriving in two minutes to our house, to the ambulance drivers remaining with me at the hospital until someone arrived to be with me. One of the EMT's even prayed with me. You just don't find that everywhere.

Before I had left home, I had called church members to come to our house, a couple who we are very close with. When they arrived at our house they saw that the ambulance had gone on, and I was on it, with John. So her husband stayed with David, and she came on to the hospital to be with me. My parents and David's sister was also on their way. They both lived an hour and half to two hours away. Of course my cell phone was ringing off the hook, I NEEDED my husband with me, but the police were questioning him, and Jarrod. They had to find out what had happened. After nearly two full hours, and me calling no telling how many times, they let him come to the hospital. He was able to arrive before John was airlifted to Children's Hospital.

Just to set the time frame here, we found John around ten pm. Between 12:30 and 1:00 am, the helicopter arrived to take John to Children's Hospital. We all followed in cars, there were 4 cars. Dave and I, Dave's sister and Jarrod, Mom and Dad, Greg and Sheila. I don't even know what time we got to the Children's Hospital. We were taken back to a room, where a doctor came and explained all they had done, and what they would be doing. At the time we arrived, John was in Radiology for a Cat Scan, from there he was moved to the PICU.

John was dead when we found him. He never responded to anyone, during the 24 hours after we found him, before he was pronounced dead. They were able with machines to get his heart beating regularly, and to breathe for him with a respirator, but my son wasn't there. We were told that his organs would start shutting down, and we would need to decide how long we would keep him on the machines. But God in his gracefulness, did not make us do that, he just slowly slowed John's heart down, until it stopped beating. January 23, 2009 at 10:27 pm John died.

The intense investigation by our local police and by the state police, came to the conclusion that John did not kill himself. That he was playing the choking game (www.chokinggame.net ), and had accidentally hung himself. Of course as a parent, you never want to believe your child would commit suicide, so our minds grasped that. But still there were niggles of doubt. However, once again our God in His almighty grace, showed us that it truly was the choking game.

First of all, He helped us to recall some things that had happened recently, such as marks on John's neck, unexplained periods of staying in the bathroom too long, small changes in John's behavior. But the clincher actually came on the day of John's funeral. My sister in law, neice and myself were blue toothing some pictures from each others phones. My phone was running out of space, and so I went looking for things to delete on the phone, for more room. Under the videos on my phone, we found a video that John had made of himself, choking himself. Horrible to watch, but a confirmation that John had been playing this dangerous game.

Educate yourselves as parents to the dangers of this game. It is often referred to as "the good kid's drug" because a kid will try this, whereas they would never try illegal drugs. There are many many other names that this game is known by, not just the choking game, a very popular name for this is also the passout game. At www.thechokinggame.net there is a list of the many names that the game is called. Along with a list of things to watch for, to warn yourself that there might be something going on.

It has been over nine months now since John died. Our lives are forever changed because of one dangerous game, and one moment of not realizing the danger he was placing himself in. John hated to hurt people's feelings, and he would have been devastated if he knew that what he did caused his family so much sorrow. We have experienced John's first birthday without him, it was hard on me, I spent a big part of that week in bed, sleeping and fighting depression.

He is with Jesus now! I have no doubt about that, and I know that one day we will be reunited as a family.

We will tell John's story over and over. If it helps one parent recognize the signs of a danger in their child, it will be worth it. We do not know, and probably will never know, how John learned about this game. It does not matter. We are a homeschooling family, who does not get out much, and still he heard of it. Never assume your child does not know about this game. Check out the link I posted above for more information.


A post script....I wanted to add a few thoughts, I originally wrote this article around seven months after John died, I edited it to change the months, but there are things that I know now, that I didn't even a couple of months ago when I wrote this. Loosing a child is hard, and while people around you go on with their life, you often feel stuck in a time warp. As a mom these months I have just gone through, October, John's birth month, and now the months bringing the Holidays upon us, are much harder than the first few months were. You may think I am crazy to say that, but those months, I was numb, a numbness that I was truly thankful that God had given me. But living numb is not a long term solution and now I feel these special days sharply. My heart cries out still wondering WHY us? I do recognize that God allowed this, he did not cause this to happen, but it was allowed. Perhaps God being the ever wise and loving Father He is, saw down the road, things that would hurt us more than this has, even though that is hard for my mind to fathom I can think of things that would hurt as much or more than this has, so I lean heavily on that fact that God is my loving Father, and He has no desire to do evil to me.

I pray that John's story (this short version) will change your lives, and make you aware of the dangers that our children face. Perhaps someday God will give me the words to tell the long version of John's story.
God Bless Your Family.

2011
Well life has changed for us.  We have moved away from the small town we lived in when John died, our oldest son has finished high school and is preparing for college.  John, if still living, would now be 16 and half.  I often wonder what he would be like, would he be very much taller, I never expected him to be very tall, the family was not tall.  What kind of things would he enjoy doing?  All those typical questions we wonder about our kids as babies, I now wonder about John who is now in heaven.  Loved ones have passed on since his death and I struggle with each death, thinking about them getting to see John in heaven, and missing him so much.  Memorial Day weekend is coming up and we will decorate his grave, and prepare for Decoration weekend the first weekend in June.
I know that many people who read this will not believe like we do, will not understand our faith in God, nor will agree with the things that happened, that is ok, but this is not the place to say that.  I will delete any rude or hateful comments.
Posted by Cindy Loven at 7:29 PM

I dedicate this blog and all my writing to the memory of my 14 yo son John David Loven who died (January 23, 2009) playing the dangerous choking game, please click on the link to educate yourself
Choking Game Kills
John's Story 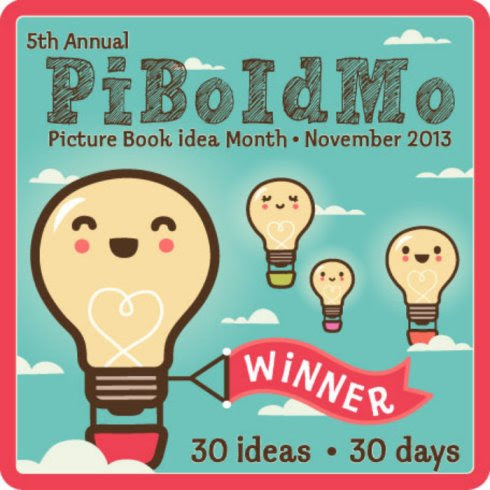